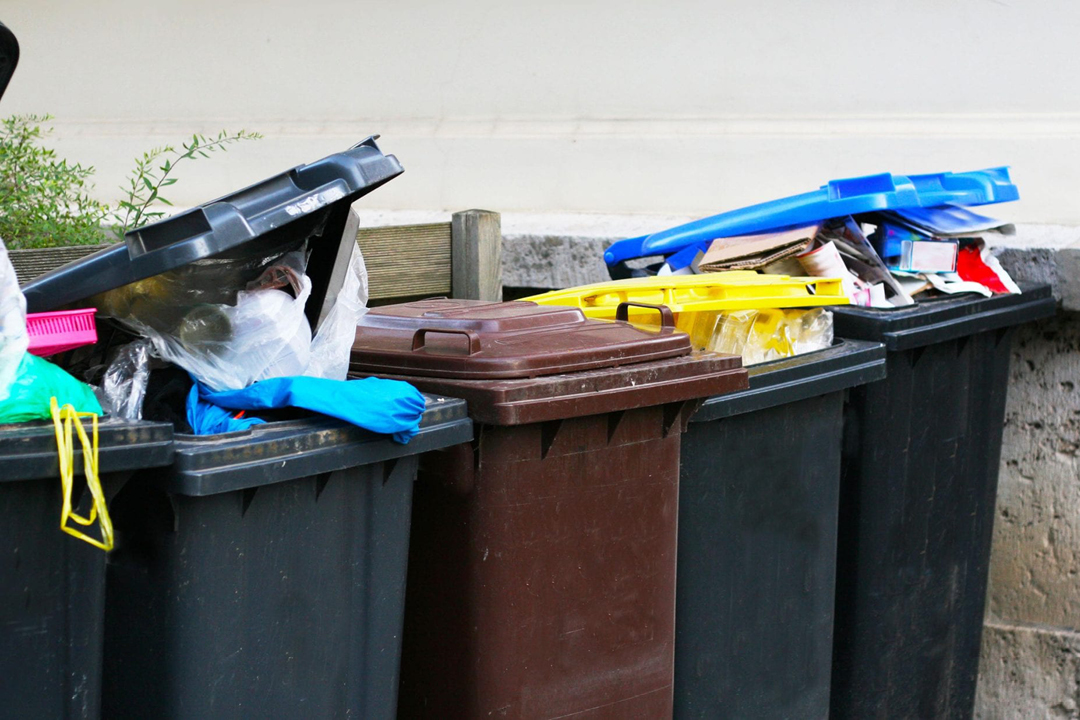 The storage and collection of waste and recyclable material at some properties, such as terraced houses, poses particular difficulties for residents and local authorities alike. In many ways, these problems are similar to those encountered at blocks of flats where shared bin services are often used and as a result there may be advantages in adopting this idea elsewhere.

At terraced properties there is often only very limited space – for example, in ‘back lanes’ – for wheelie bin storage, especially when every property has one bin for each of the individual waste streams. These bins can often overflow, leading to ‘side waste’ being left beside the bin which can end up as litter being spread around the street and also cause problems with vermin. The result of this is that it can take refuse collection crews longer to service these areas and it may also require additional resources to clean up the excess waste. Compounding the problem further, wheelie bins are sometimes left out on the street or pavement for long periods after collection which can cause obstructions for residents, particularly those with mobility issues.

Waste management at blocks of flats encounters very similar problems, although generally on a larger scale. The solution here is that most residents living in flats usually have their recycling collected from shared or communal bins, often near the entrance to each block or at designated bin stores. Brighton is just one example of many areas doing this. Shared bins are large, metal wheeled containers that are used by all the residents in a particular area, with separate bins for recycling and household waste.

Clearly, it is vital to provide enough shared bins to accommodate all the waste that people put out and also to make sure that residents don’t have to carry their waste too far. One of the benefits of this system is that because the shared bins sit permanently at a set location, the residents don’t have to worry about putting their own bin out or bringing it back in again.

This idea of shared bins is being increasingly used in areas where there are back lane collections, such as Newcastle, replacing the traditional individual domestic bins. The Newcastle scheme aims to:

• improve the appearance of lanes where a large number of household bins are frequently left out
• reduce the amount of ‘side waste’ left out
• help keep lanes clear of abandoned bins so mechanical sweepers can gain access and keep them clean
• reduce the costs of replacing lost bins
• provide more opportunities to recycle
• reduce collection times for refuse and recycling crews.

A similar scheme has been implemented in Manchester, for example, but there has been opposition in some areas such as Sheffield, where the majority of residents who responded to a consultation stated that they would prefer to receive their own outdoor storage bins and not share them with other properties.

While it is clear that a poorly designed and implemented shared bin system can cause an eyesore, at the very least – and even lead to anti-social behaviour and a reduction in recycling rates, at worst – when it is done well it can help to enhance the built environment for residents. By comparison, the UK is perhaps relatively slow adopting the widespread use of this system because communal bin facilities are much more prevalent in many other European countries, as can be seen by even a short visit to the continent.

At metroSTOR we understand these waste and recycling issues and are proud to offer a range of outdoor storage bin solutions, including enclosed units, recycling centres and bin room buildings to suit almost any application. Our products and buildings are ideal for shared bin systems and are designed to boost recycling rates and eliminate cross-contamination, while also reducing litter, fly-tipping and anti-social behaviour.