Refurbishment is less traumatic for tenants than wholesale regeneration

Housing associations should, to some extent, hark back to their roots and become the champions of inner city and urban regeneration.

It is clear that more investment will be needed than in the past to bring older urban properties – typically terraced housing – up to standard, due to improved environmental standards, but this is often at a lower cash cost to housing associations than new build. And with higher space standards and the benefit of being able to keep tenants in their community and close to work, family and friends, this has multiple social benefits to mirror the financial.

The view that estates should have a mix of social rent and shared ownership properties is just as feasible with clusters of rehabilitated homes. This would enable mixed-tenure communities. Indeed, anything that reduces the numbers of displaced tenants has to be a benefit.

Estate regeneration schemes requiring demolition of properties are often controversial with tenants as the number of properties replacing the stock if often less in number and includes a percentage of properties for sale, further reducing the amount of social housing and leading to accusations of gentrification. Inevitably this means a slice of tenant population will be displaced from the area being rebuilt.

Refurbishing older urban housing is not the only investment needed to give communities the facilities they need and deserve. Environmental improvements are often essential to elements of the street scene. 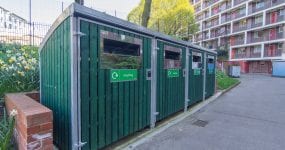 metroSTOR has considerable experience at seeing these issues first-hand and has helped tackle a range of issues in collaboration with social landlords in urban areas.

In Hammersmith and Fulham the company supported Groundwork London on a £1.3m project to improve two adjoining estates.

A key part of the work focussed on the challenges around an increased number of recycling bins. Improved facilities were desperately needed as rubbish-strewn areas gave the communities a run-down feel.

The metroSTOR PBM wasteSTOR™ was specified by the Groundwork team due to its practical design.

The PBM wasteSTOR™ encloses four-wheeled waste and recycling bins leaving no space for refuse to be left outside of the container provided.

Groundwork London’s selection proved to be ideal for this element of the regeneration project.

Sanchia Dunn, Senior Architect at Groundwork London, said the design was effective at tackling the issues on the ground, while also improving the aesthetics and playing a part in the regeneration of the estates.

She said: “The design is fantastic; they’re compact and low level, so don’t block views, light or footpaths. The timber panels are light in colour and look attractive, but don’t mark easily and have resisted an attempted fire with very little damage – and no repairs required. They were much more cost effective than other options that were considered.”

Mrs Dunn added: “These have been so successful that I’ve recommended them to a client who is undertaking a housing estate refurbishment for another local authority.” 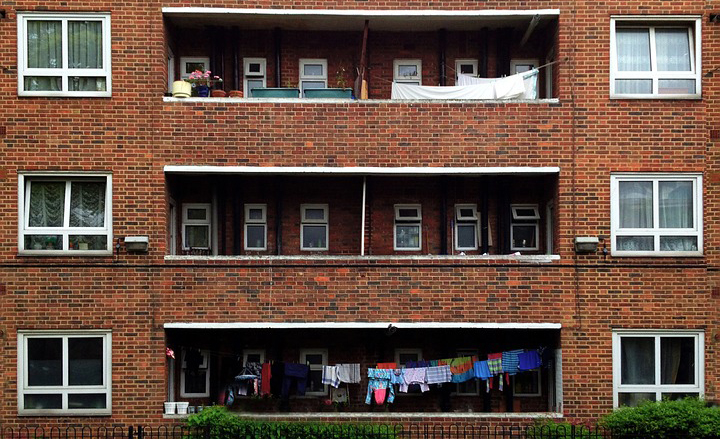