Buying an e-bike on the Cycle to Work scheme

The government has recently “refreshed” guidance on the widely used Cycle to Work scheme to clarify that bikes costing more than £1000 – such as e-bikes – can be purchased through it.

The scheme operates by employees making tax-efficient “salary sacrifice” payments via their employer that function as a loan to buy a bike and associated equipment. Once the loan period is up, employees then have the option to either buy the bike outright for a nominal sum or to extend the hire. The financial benefit obtained varies depending on a number of factors but it is generally in the region of several hundred pounds.

Figures show that over 1.6m people at 40,000 businesses have already used the existing Cycle to Work scheme, with 62% of people being non-cyclists, novice cyclists or occasional riders before signing up. The government estimates that economic benefits of at least £72m have come from improved physical fitness and associated health benefits, with 49% of users reporting that they joined the scheme to help them keep fit.

Until now, it was widely thought that there was a £1000 cap on the cost of a bike bought through the scheme. However, the Department for Transport has clarified that this cap only ever applied to shops and employers who were not registered with the Financial Conduct Authority (FCA). This means that the larger bike shops – which are more likely to be registered with the FCA – can offer more expensive bikes on the scheme and this opens up the market for e-bikes as they generally cost more than £1000. This clarification to the scheme also has the potential to benefit users such as people with disabilities because non-standard bikes often cost more than £1000.

Michael Ellis, Cycling Minister, said: “Cycling is a vital and easy way to improve air quality, reduce pollution and create vibrant towns and cities. Making sure that bikes are easily available is crucial to helping more people make the switch to greener modes of transport. Ensuring people of all abilities and fitness levels can cycle together is a key part of this. I want everyone to feel empowered to make cycling a part of their everyday lives, and our refreshed guidance provides many incentives to help people do this.”

The popularity of e-bikes is increasing in countries such as the Netherlands, where more than a million were sold in 2018, and Germany, where almost one in four bikes sold is an e-bike. Sales in the UK are not yet at this level – just 70,000 e-bikes were sold in 2018 – but the clarification to the Cycle to Work scheme might help to boost this. 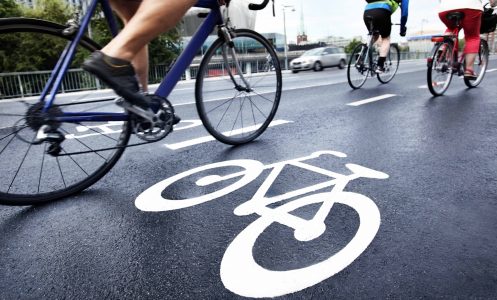 Converts to e-bikes have been praising their benefits for many years now and there are signs that these bikes are becoming increasingly popular with commuters and other users alike. The battery-assisted ride offered by e-bikes means that journeys can be undertaken without getting sweaty or by people who are a little unfit. E-bikes also have the potential to offer another travel option to older people and people with mobility issues. A survey by the disabled cycling charity Wheels for Wellbeing found that one in five disabled cyclists uses some form of electrical assistance when cycling.

As well as reducing vehicle emissions and improving air quality, commuting by e-bike also has significant cost benefits. A recent survey of 2000 commuters (commissioned by Evans Cycles) estimated that by switching from car, bus, tube or train to an e-bike, a commuter could save an average of £7791 over 5 years.

Here at metroSTOR we support any changes that will help to increase the use of bikes – of any sort – on roads in the UK. That’s why a charging facility is available for e-bikes in our cycle parking solutions. This means that an integrated e-bike charging system can now be specified on the individual cycle lockers (PCL), modular cycle units (PCM) and also the cycle storage hub (PCH).

Urban congestion is a major problem in many cities and bikes have the potential to be a part of the solution to this. E-bikes can also offer increased mobility for people who might not be able (or want) to ride a standard bike. Any move that encourages an active lifestyle and also reduces the number of cars on our busy roads is to be applauded.